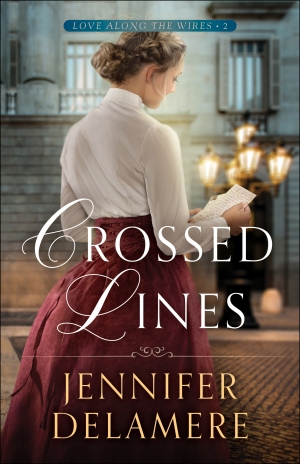 When romance finally blossoms in her life, will it grow in the right direction?

Emma Sutton knows she should be satisfied with her life. She has a position at London’s Central Telegraph Office, and behind her rented rooms is a small plot where she can indulge her passion for gardening. But ever since she was orphaned as a child, she has longed for a family of her own and the stability and consistency it provides. Her deepest wish appears realized when a handsome engineer is thrown into her orbit and sends her a thrilling love note.

Mitchell Harris’s sharp wit and facility with a pen have enabled him to thrive despite serious obstacles. That the woman of his dreams works just two floors above his should make life perfect. But a childhood accident has left Mitchell convinced he’ll never draw a woman’s affection, especially from someone like Emma. When his best friend–who once saved his life–falls in love with Emma too and asks for help writing her love letters, Mitchell must choose between desire and loyalty.

Jennifer Delamere returns to the world of telegraphy with the second in her Love Along the Wires series. Of the three friends on which the trilogy focuses, this time it’s Emma’s time to shine when she meets the man she believes God has intended for her. Christopher is handsome, has a steady income, and has taken to writing the most eloquent love letters. Or so she believes. Instead, his best friend has taken on a Cyrano de Bergerac role and is telling him what to write. A Happily Ever After is guaranteed, but who will ultimately win Emma’s heart? END_OF_DOCUMENT_TOKEN_TO_BE_REPLACED

Review: Under the Bayou Moon, by Valerie Fraser Luesse

When Ellie Fields accepts a teaching job in a tiny Louisiana town deep in bayou country in 1949, she knows her life will change–but she could never imagine just how dramatically.

Though rightfully suspicious of outsiders, who have threatened both their language and their unique culture, most of the residents come to appreciate the young and idealistic schoolteacher, and she’s soon teaching just about everyone, despite opposition from both the school board and a politician with ulterior motives. Yet it’s the lessons Ellie herself will learn–from new friends, a captivating Cajun fisherman, and even a legendary white alligator haunting the bayou–that will make all the difference.

Take a step away from the familiar and enter the shadowy waters of bayou country for a story of risk, resilience, and romance.

Disclaimer: Although I received a copy of this book from the publisher, the opinions below are my own. END_OF_DOCUMENT_TOKEN_TO_BE_REPLACED

Welcome to the Takeover Tour for The Cryptographer’s Dilemma by Johnnie Alexander, hosted by JustRead Publicity Tours! 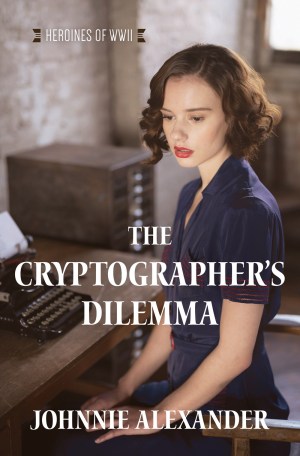 Full of intrigue, adventure, and romance, this new series celebrates the unsung heroes—the heroines of WWII.

FBI cryptographer Eloise Marshall is grieving the death of her brother, who died during the attack on Pearl Harbor, when she is assigned to investigate a seemingly innocent letter about dolls. Agent Phillip Clayton is ready to enlist and head oversees when asked to work one more FBI job. A case of coded defense coordinates related to dolls should be easy, but not so when the Japanese Consulate gets involved, hearts get entangled, and Phillip goes missing. Can Eloise risk loving and losing again?

Disclaimer: Although I received a copy of this book from JustRead Publicity Tours and the publisher, the opinions below are my own.

If the plotline of The Cryptographer’s Dilemma sounds familiar to you, you’re not alone. It nagged at me, someone with a slight interest in World War Two cryptography, for the first couple of chapters. I knew I’d read about a spy ring involving dolls once before. It turns out, this is a novel based upon actual events. Velvalee Dickinson passed on vital information regarding United States naval vessels using the names and addresses of fellow doll enthusiasts and letters purportedly from them about their dolls. Authorities learned of the letters when they were Returned to Sender; in this case, the people whose identities she stole. I’ve not shared any spoilers, by the way. You can find this information anywhere, including on the FBI website! END_OF_DOCUMENT_TOKEN_TO_BE_REPLACED

Review: To Write a Wrong, by Jen Turano

Miss Daphne Beekman is a mystery writer by day, inquiry agent by night. Known for her ability to puzzle out plots, she prefers working behind the scenes for the Bleecker Street Inquiry Agency, staying well away from danger. However, Daphne soon finds herself in the thick of an attempted murder case she’s determined to solve.

Mr. Herman Henderson is also a mystery writer, but unlike the dashing heroes he pens, he lives a quiet life, determined to avoid the fate of his adventurous parents, who perished on an expedition when he was a child. But when he experiences numerous attempts on his life, he seeks out the services of the eccentric Bleecker Street Inquiry Agency to uncover the culprit. All too soon, Herman finds himself stepping out of the safe haven of his world and into an adventure he never imagined.

As the list of suspects grows and sinister plots are directed Daphne’s way as well, Herman and Daphne must determine who they can trust and if they can risk the greatest adventure of all: love.

Disclaimer: Although I received an advance electronic copy of this book from the publisher, the opinions below are my own.

Despite being a published mystery writer, Miss Daphne Beekman, aka Montague Moreland, does not care to venture out of her comfort zone. Prone to fainting, she prefers to stay invisible and letting her friends be the public faces of their investigation agency. But, with a major player out of town and having been the first person to meet their new client, Daphne finds herself on the front lines and needing her smelling salts. She is, however, determined to close the case and even visits Herman’s upstate estate where his grandmother is hosting a house party. END_OF_DOCUMENT_TOKEN_TO_BE_REPLACED

Review: Between the Wild Branches, by Connilyn Cossette 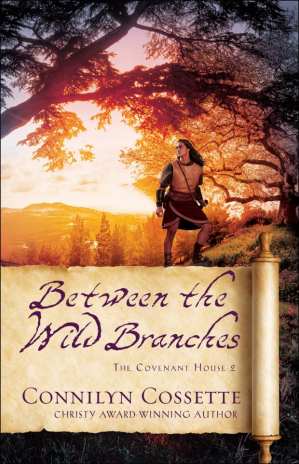 Finding a Way to Freedom Might Cost Them Everything

Lukio has spent the past decade as a famous Philistine fighter, achieving every material goal with the help of his ruthless cousin. He’s also spent the time burying painful memories of betrayal that he associates with the Levite family that guards the Ark of the Covenant and once adopted him. Now, just as the champion of Ashdod is set to claim the biggest prize of all–the daughter of the king–his past collides with his present.

After a heartbreaking end to her friendship with Lukio, Shoshana thought she’d never again see the boy with the dual-colored eyes and the troubled soul. But when she is captured in a Philistine raid and enslaved in Ashdod, she is surprised to recognize the brutal fighter known as Demon Eyes.

When their renewed connection threatens to expose Shoshana’s dangerous secrets, Lukio must decide how far he’ll go to face his past and keep her protected.

Connilyn Cossette completes her Covenant House series with what may be her best novel yet. END_OF_DOCUMENT_TOKEN_TO_BE_REPLACED