Welcome to the Takeover Tour for Elinor by Shannon McNear, hosted by JustRead Publicity Tours! 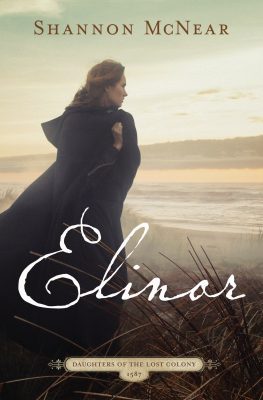 A Journey Full of Hope…

Escape into a riveting story based on the mystery of the Lost Colony of Roanoke.

In 1587, Elinor White Dare sailed from England heavy with her first child but full of hopes. Her father, a renowned artist and experienced traveler, has convinced her and her bricklayer husband Ananias to make the journey to the New World. Land, they are promised, more goodly and beautiful than they can ever imagine. But nothing goes as planned from landing at the wrong location, to facing starvation, to the endless wait for help to arrive. And, beyond her comprehension, Elinor finds herself utterly alone. . . .

The colony at Roanoke disappeared into the shadows of history. But, what if one survived to leave a lasting legacy?

Disclaimer: Although I received a copy of this book from the publisher as part of the Takeover Tour, the opinions below are my own.

Much has been guessed about the disappearance of the Roanoke colonists, with theories suggesting they assimilated with nearby Native American communities appearing as early as the 17th century. In this new novel, historical fiction writer Shannon McNear, takes a speculative approach and focuses on Elinor Dare’s life after she crosses the Atlantic with her husband Ananias, and husband, Governor John White. Elinor is mostly known as being the mother of the first English baby born in the colonies: Virginia Dare. END_OF_DOCUMENT_TOKEN_TO_BE_REPLACED

The glitzy days of 1920s New York meet the devastation of those left behind in World War II in a new, delectable historical novel from USA Today bestselling author Meredith Jaeger.

In the final months of World War II, San Francisco newspaper secretary Ellie Morgan should be planning her wedding and subsequent exit from the newsroom into domestic life. Instead, Ellie, who harbors dreams of having her own column, is using all the skills she’s learned as a would-be reporter to try to uncover any scrap of evidence that her missing pilot father is still alive. But when she discovers a stack of love letters from a woman who is not her mother in his possessions, her already fragile world goes into a tailspin, and she vows to find out the truth about the father she loves—and the woman who loved him back.

When Ellie arrives on her aunt Iris’s doorstep, clutching a stack of letters and uttering a name Iris hasn’t heard in decades, Iris is terrified. She’s hidden her past as a Ziegfeld Follies showgirl from her family, and her experiences in New York City in the 1920s could reveal much more than the origin of her brother-in-law’s alleged affair. Iris’s heady days in the spotlight weren’t enough to outshine the darker underbelly of Jazz Age New York, and she’s spent the past twenty years believing that her actions in those days led to murder.

Together the two women embark on a cross-country mission to find the truth in the City That Never Sleeps, a journey that just might shatter everything they thought they knew—not only about the past but about their own futures.

Inspired by a true Jazz Age murder cold case that captivated the nation, and the fact that more than 72,000 Americans still remain unaccounted for from World War II, The Pilot’s Daughter is a page-turning exploration of the stories we tell ourselves and of how well we can truly know those we love.

Disclaimer: Although I received an Uncorrected eBook File of this book from the publisher, the opinions below are my own.

Meredith Jaeger’s third split-time novel takes readers from coast to coast on a journey of self-discovery for lead character Ellie Morgan. I’d not heard of Jaeger prior to reading The Pilot’s Daughter, but the cover alone made this book almost too good to pass up. Add in a murder and a mystery, which may or may not be related, and I was excited to grab a copy of the Uncorrected eBook File for review. END_OF_DOCUMENT_TOKEN_TO_BE_REPLACED 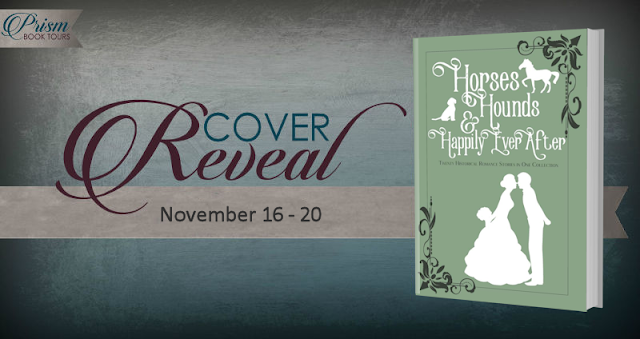 On Tour with Prism Book Tours
Welcome to the Cover Reveal for
Horses, Hounds & Happily Ever After 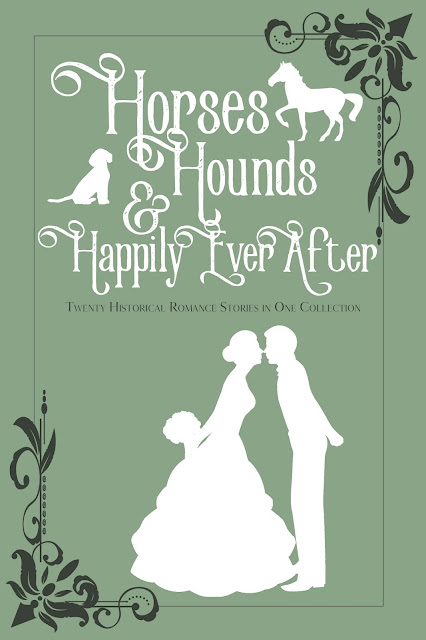 Horses, Hounds & Happily Ever After

Escape with over 20 Historical Romance stories with all the feels!

✔ Horses, animals and love, oh my!
✔ Happily ever afters

All proceeds benefit animal rescue All Seated In A Barn

Don’t miss this limited edition box set, featuring some of your favorite authors, is both heartwarming and inspiring.

END_OF_DOCUMENT_TOKEN_TO_BE_REPLACED

Newly returned from finishing school, Lady Juliette Thorndike is ready to debut in London society. Due to her years away, she hasn’t spent much time with her parents, and sees them only as the flighty, dilettante couple the other nobles love.But when they disappear, she discovers she never really knew them at all. They’ve been living double lives as government spies–and they’re only the latest in a long history of espionage that is the family’s legacy.

Now Lady Juliette is determined to continue their work. Mentored by her uncle, she plunges into the dangerous world of spies. From the glittering ballrooms of London to the fox hunts, regattas, and soirees of country high society, she must chase down hidden clues, solve the mysterious code her parents left behind, and stay out of danger. All the while, she has to keep her endeavors a secret from her best friend and her suitors–not to mention the nosy, irritatingly handsome Bow Street runner, who suspects her of a daring theft.

Can Lady Juliette outwit her enemies and complete her parents’ last mission?

Best-selling author Erica Vetsch is back with a rollicking, exciting new series destined to be a hit with Regency readers who enjoy a touch of mystery in their love stories. Fans of Julie Klassen, Sarah Ladd, and Anne Perry will love the wit, action, and romance.

A disastrous trip home from finishing school on a cargo vessel is only the beginning of what looks to be a disappointing debut season for Lady Juliette, especially when chaperoning duties are given to the Dowager Duchess of Haverly. You aren’t alone if that name sounds familiar because it felt that way to me as soon as I came across it. The Haverly family was heavily featured in Erica Vetsch’s, Serendipity and Secrets series. Marcus Haverly, the Dowager’s son, was my favorite character in those books so it’s great to see him again. I do suggest re-reading this series if you have access to it, even though you’re introduced to the family via Juliette and the other lead character, Daniel Swann. END_OF_DOCUMENT_TOKEN_TO_BE_REPLACED

The one man who could help her, must never know her name.

If Kate Chamberlin can’t reveal her true identity to the world, she must settle for sharing only her talent. Hired as a musician for KDKA radio, Kate plays everything from sponsors’ jingles to complex sonatas. As long as the whispers around the broadcasting room refer to her as “Killjoy Kate” and not “Catarina the crime boss’s daughter,” then her life is safe from danger.

Or so she thinks.

When anonymous, violent threats surface, Kate’s wary of accepting protection from the handsome private investigator, Detective Jennings. His save-the-world attitude is as charming as his manners, but no one, especially him, can know the gruesome realities of her birth.

The 1924 Pittsburgh underworld is as complicated as it is elusive, and though the dealings of the Salvastanos have dwindled, Rhett Jennings is certain the man responsible for his father’s death is still at large. But his personal hunt for justice must be set aside when his day job requires him to investigate threats directed at a young radio broadcaster with enamoring brown eyes and secretive behavior.

When danger surrounds them, will the truth of Kate’s past become the key to their survival?

Disclaimer: Although I received an electronic copy of this book from the publisher and author, the opinions below are my own.

Rachel McDaniel takes readers back to the familiar setting of Pittsburgh in her latest romantic suspense novel, which sees an Italian emigrant trying to uncover the mystery of her father’s disappearance as well as his links to organized crime. She’ll need to do it while avoiding his mob rivals and hoping her protection doesn’t discover her connection to his father’s murderer. END_OF_DOCUMENT_TOKEN_TO_BE_REPLACED