Welcome to the Blog + Review Tour for A Life Renewed by Olivia Rae, hosted by JustRead Publicity Tours!

In 1554, Lady Jane Grey, “The Nine Days’ Queen” was executed for high treason. But what if, instead of feeling the blade on her neck she secretly survived?

Escaping execution, Lady Jane hides as a peasant girl in a principality in Germany. She loves the simple life and never wants to return to England. But her benefactor, a power-hungry German prince, wants to march on London and place her on the English throne again, thereby increasing his dominance in Europe. If she doesn’t agree with his plan, her beloved childhood nurse will be put to death. Desperate for help, Jane must put her trust in the mysterious spy Asher Hayes.

Asher Hayes is done rounding up Protestants for “Bloody Mary” and wants nothing more than to live a quiet life as a farmer and expunge the blood of many from his hands. Except Queen Mary isn’t done with him yet. She throws his father, mother, and sister into prison on false charges in order to force him to accept one last mission – find and kill Lady Jane Grey. But when Asher discovers Lady Jane isn’t a threat to the throne as he believed her to be, he faces a devastating decision – does he sacrifice his family for the woman who reigns in his heart?

Disclaimer: Although I received an electronic copy of this book from the publisher as part of a JustRead Blog Tour, the opinions below are my own.

Could Lady Jane Grey possibly have escaped execution? If so, what would her life have been like after? This premise sounds like a novel of alternative history, which I’ve always previously put in the science fiction genre. Only the prologue of A Life Renewed represents reality; the story that comes after is fantasy. As far as we know, Lady Jane Grey is buried in the Chapel of St Peter ad Vincula which is part of the Tower of London.

Presuming, then, that Jane escaped not only the ax and the country, we find her living either in northern Germany or Denmark. (Even though the language spoken was German, there were certain details making me uncertain.) She lives a quiet life, as seamstress for the local prince. She’s become a reluctant figurehead for Protestant causes, and she also seems to have a bit of a death wish. She’s not happy that she lived when another woman didn’t, and readers are often reminded of this.

This is a novel with, I felt, definite pacifist leanings. It appears to carry a message to Christians not to go to war against others. At one point, Jane expresses disgust at opposing armies who both claim that God is on their side. The context was Protestantism versus Catholicism, but it reminded me of how both Union and Confederate forces in the American Civil War would declare the same.

Maybe it’s the speed at which I read, but A Life Renewed felt like a quick read. It wasn’t overly complicated, but there was a good twist. Let’s just say that the countries of Europe were very entangled due to treaties and marriages, and rarely were they safe or permanent. When I got to the end, I found myself wanting to know more. It’s a good thing, therefore, that this was the first title in a series and two more books were to follow.

Olivia Rae is an award-winning author of historical and contemporary inspirational romance. She spent her school days dreaming of knights, princesses and far away kingdoms; it made those long, boring days in the classroom go by much faster. Nobody was more shocked than her when she decided to become a teacher. Besides getting her Master’s degree, marrying her own prince, and raising a couple of kids, Olivia decided to breathe a little more life into her childhood stories by adding in what she’s learned as an adult living in a small town on the edge of a big city. When not writing, she loves to travel, dragging her family to old castles and forts all across the world. 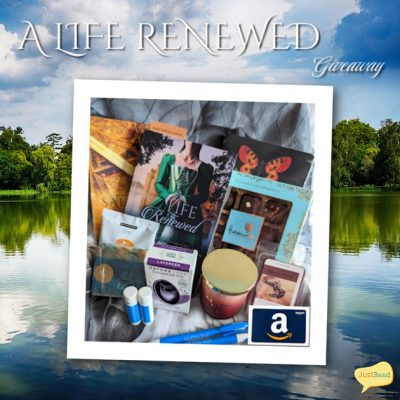 Full tour schedule linked below. The giveaway begins at midnight January 11, 2023 and will last through 11:59 PM EST on January 18, 2023. Winner will be notified within 2 weeks of close of the giveaway and given 48 hours to respond or risk forfeiture of prize. No shipping restrictions. Void where prohibited by law or logistics.

Giveaway is subject to the policies found here.