Review: Those I Have Lost, by Sharon Maas 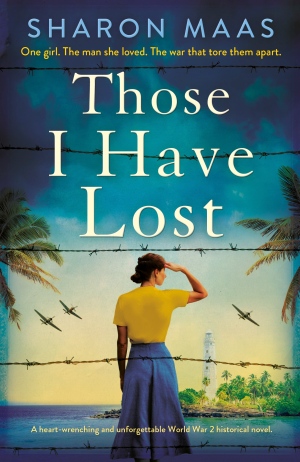 A family on a faraway island. Seas crawling with Japanese spies. A terrible war creeping ever closer…

1940 When Rosie loses her mother and is sent to Sri Lanka to live with her mother’s friend Silvia and her three sons, her world changes in a heartbeat. As she is absorbed into the bosom of a noisy family, with boys she loves like brothers, she begins to feel at home.

But the war in Europe is heading for Asia. Searching for comfort from the bleak news and the bombings, Rosie meets a heroic soldier on leave, and falls in love for the first time. Yet the war will not stop for passion; he must move on, and she must say goodbye, knowing she might never see him again. She is left with just a memory.

Meanwhile, one by one, the men she considers brothers leave to fight for their island paradise. As she waits in anguish for letters that never come, tortured by stories of torpedoed ships and massacres of innocent families, she realises that she, too, must do her bit. Rosie volunteers to work in military intelligence, keeping secrets that will help those she loves and protect her island home. But then two telegrams arrive with the chilling words ‘missing believed captured’ and ‘missing believed dead’. Who of those that she loves will survive the devastating war, and who will she lose?

An emotional and heartbreaking read with rich historical detail set against the backdrop of Sri Lanka during World War Two. Fans of Hazel Gaynor, Fiona Valpy, Kristin Hannah and Clare Flynn will be swept away by Those I Have Lost.

It’s 1946 in Vellore, India. A married couple arrive at an orphanage, looking for a boy. Already the parents of five girls, they want a boy who can inherit the husband’s business and the lighter skinned the better. They set eyes on a four-year-old, but the chosen boy isn’t interested and does what he can to dissuade them. This is only the prologue to Those I Have Lost, and yet the reader has already learned a couple of facts: male inheritance is important, and so is skin color. There are also questions: who this boy; who is this couple; how do they connect to the main narrative?

And so begins a massive family saga of laughter, heartbreak, and tragedy, set before, during, and after World War 2 in the Indian Ocean arena. Despite having an extensive backlist, Sharon Maas is a new to me author, so I wasn’t sure what to expect.  What I got was a novel which slightly reminded me of Rosamunde Pilcher’s Coming Home. Written in a first person, autobiographical style, it’s a tale of the clashing of cultures and traditions. Rosie’s life seems pleasant enough, considering the context, but I suppose I’d been waiting for the other shoe to drop while I read. And drop it does, in stunning fashion. Rosie’s life will never be the same, and I had to put the book down at that moment to digest what exactly had happened.

Those I Have Lost is a book that will stick with me for a long time. 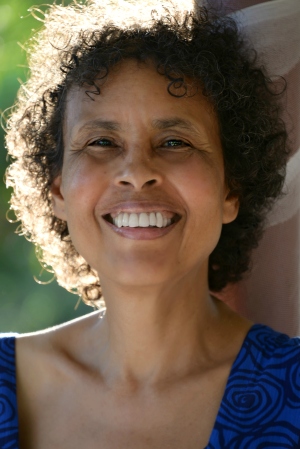 Sharon Maas was born into a prominent political family in Georgetown, Guyana, in 1951. She was educated in England, Guyana, and, later, Germany. After leaving school, she worked as a trainee reporter with the Guyana Graphic in Georgetown and later wrote feature articles for the Sunday Chronicle as a staff journalist.

Her first novel, Of Marriageable Age, is set in Guyana and India and was published by HarperCollins in 1999. In 2014 she moved to Bookouture, and now has ten novels under her belt. Her books span continents, cultures, and eras. From the sugar plantations of colonial British Guiana in South America, to the French battlefields of World War Two, to the present-day brothels of Mumbai and the rice-fields and villages of South India, Sharon never runs out of stories for the armchair traveller

I'm all about books, history, rail trails, craft beer and wine, and dogs! I'm a Partner with Trades of Hope: my paid job empowers women around the world out of poverty, helping them raise their families, and rebuild their lives after abuse and human trafficking.
View all posts by Sally M →
This entry was posted in Uncategorized and tagged book review, historical fiction, saga, women's fiction, World War 2. Bookmark the permalink.