Thirty suitors, six months of courting . . .
would it be enough time for her to fall in love?

Willow Dupré never thought she would have to marry, but with her father’s unexpected retirement from running the prosperous Dupré sugar refinery, she is forced into a different future. The shareholders are unwilling to allow a female to take over the company without a man at her side, so her parents devise a plan–find Willow a spokesman king in order for her to become queen of the business empire.

Willow is presented with thirty potential suitors from the families of New York society’s elite group called the Four Hundred. She has six months to court the group and is told to eliminate men each month to narrow her beaus until she chooses one to marry, ending the competition with a wedding. Willow reluctantly agrees, knowing she must do what is best for the business. She doesn’t expect to find anything other than a proxy . . . until she meets a gentleman who captures her attention, and she must discover for herself if his motives are pure.

Disclaimer: Although I received an electronic copy of this book from the publisher, the opinions below are my own.

I am fascinated by the Gilded Age, so I gravitate towards any novel set during that time when I see it. This was an era of immense change in society and culture, and I don’t believe we’ve seen any other time when there was such an immense gulf between the rich and poor. How did the average person connect with someone who called their second home a “cottage” when it was far larger than they could possibly imagine? At the same time, however, it was possible for anyone to cross that gulf if they were determined enough. Take Andrew Carnegie, for example.

My Dear Miss Dupré is a Gilded Age version of The Bachelorette. I had a hard time connecting with Willow, although the newspaper headlines about her decision-making reminded me of internet gossip regarding reality television and the lives of the rich and famous. I can’t say I was content about her ultimate choice either. I much preferred the runner-up, and I’m happy he’ll be the focus of the next installment of the American Royalty series. But one of the contestants was someone who could associate with both poor and wealthy, having crossed that divide, and readers get his perspective as well as Willow’s.

We do see the excesses and injustices of this era within the pages. Willow’s family has their “cottage” in Newport, Rhode Island. While hers is an industrialist family, she would never have to work a day if she didn’t want to. The Dupré family isn’t seen to be especially benevolent, but it’s made clear that their business rival is not a good man and treats people badly. And then there are the scenes set during the social event of 1893: Alva Vanderbilt’s masquerade ball, which cost more than $5 million in today’s money.

There’s plenty of tension and romance in My Dear Miss Dupré, so why was I not thrilled with this title? I think it comes down to my inability to connect to Willow and an indifference to the eventual winner of her hand. Still, as I said earlier, I’m looking forward to reading the next book in the series for the presumed happy ending for my favorite character here.

Author Q and A 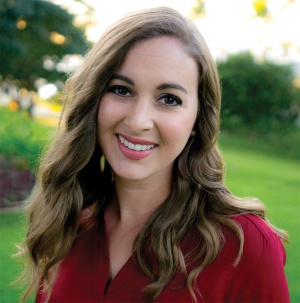 Grace Hitchcock is the author of multiple historical novels and novellas. She holds a Masters in Creative Writing and a Bachelor of Arts in English with a minor in History. Grace lives in Baton Rouge with her husband, Dakota, son and daughter.