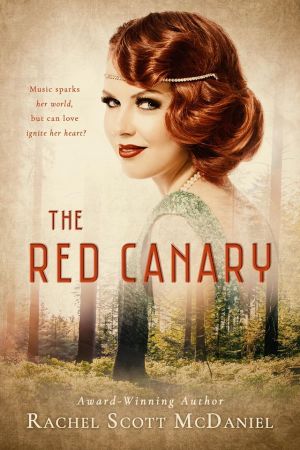 Music sparks her world, but can love ignite her heart?

In 1928, soot from the local mills and music from speakeasies linger in the Pittsburgh air. When the manager of The Kelly Club is found dead, nightclub singer Vera Pembroke is thrust into peril. As the only witness to the crime, she’s sentenced to hide away in the Allegheny Forest with a stuffy police sergeant as her guardian.

Sergeant Mick Dinelo harbors a burning hatred for Pittsburgh’s underworld after the devastation it left on his life—and heart. He should be out exposing culpable gangsters rather than tending to the impetuous woman who defies his every effort to keep her safe.

Mick and Vera must set aside their differences to solve the murder that someone wants to keep buried beneath the soot of Steel City.

Disclaimer: Although I received a copy of this book from the publisher, author, and JustRead Publicity, the words and opinions below are my own.

I saw the Allegheny National Forest for the first time on a Monday in August 1996. I’d set foot on American soil less than a week before that, when I landed in the city of Pittsburgh, PA. I stood on that hill, overlooking a carpet of trees with the Allegheny River catching the sun in the distance, and fell in love. The property belonged to my then-boyfriend’s uncle. I married that boyfriend over 20 years ago, but that view is just as beautiful then as it is now. Western Pennsylvania holds a special place in my heart. Naturally, I jump at any opportunity to read (and review) fiction set in the area.

In her newest novel, Rachel Scott McDaniel takes her readers back to a time when Pittsburgh was notorious for its lax attitude toward Prohibition. Corruption was rife, and even local law enforcement and city officials were known to be “on the take.” The character of Mick Dinelo is, therefore, a rarity. He’s a saint among fallen angels. He could be a little too good to be true, and so it’s understandable that a torch singer like Vera Pembroke would be wary of him. She might not drink, but she works in a joint that shouldn’t exist. Still, she can take care of herself thank you very much. Vera very much reminded me of Melanie Griffiths’ character in Working Girl. Vera speaks in the vernacular of a 1920s flapper though, and there’s not a whole lot of Pittsburghese unless you imagine how the characters speak n’at.

The story itself falls into the category of Christian redemption and the ability to forgive yourself for what’s happened in the past. I enjoyed the suspense part, trying to figure out who murdered the victim and why. How did the various characters fit into the mystery? It’s a story that keeps going until the end. I also appreciated the descriptions of Pittsburgh which, although they included city landmarks, were general enough for readers not familiar with the city. Tough reviewer that I am, I had originally intended to give this novel four stars. But the heart overruled the head: just as a song can impact emotions, it turns out this story could as well. 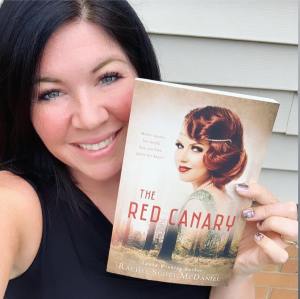 Even though Rachel Scott McDaniel won a writing award at the ripe age of eleven, the love of storytelling didn’t enter her heart until she became a mother. Now her stories are channeled to an older crowd, but her message of faith and grace remain the same. Winner of the ACFW Genesis Award and the RWA Touched by Love Award, Rachel pens novels brimming with romance and mystery. She embraces her fanatical penchant for classic movies and has never been known to turn down chocolate. Her work is represented by Julie Gwinn from The Seymour Agency. Rachel currently enjoys life in Ohio with her husband and two kids.