Review: The Light at Wyndcliff, by Sarah E. Ladd (blog tour with giveaway)

The Light at Wyndcliff
by Sarah E. Ladd

Raised on the sprawling and rugged Wyndcliff Estate near the dangerous coast of South Cornwall, Evelyn Bray lives with her grandfather, a once-wealthy man reduced to the post of steward. Evelyn is still grieving her father’s death and her mother’s abandonment when a passing ship is dashed against the rocks. The only survivors, a little girl and her injured mother, are rescued and brought to Wyndcliff Hall.

Liam Twethewey is just twenty-two when he inherits Wyndcliff Estate from his great uncle. His optimistic plans to open a china clay pit to employ the estate’s tenants meets unexpected resistance, and the rumors of smuggling and illegal activity challenge his new-found authority. Though wise beyond his years, young Liam quickly finds himself out of his depth in this land where long-held secrets and high-stakes agendas make no room for newcomers.

Brought together by troubling questions surrounding the shipwreck, Evelyn and Liam uncover even darker mysteries shrouding the estate. But as they untangle truths from deceptions, their loyalties separate them—and their budding love might not be strong enough to overcome the distance.

Disclaimer: Although I received a copy of this book from the publisher and HFVBT, the words and opinions below are my own.

The Light at Wyndcliff is the third in the series about the Twethewey family of Cornwall, and, if this series follows the norm, is the last title in the trilogy. It focuses on subject of smuggling; an occupation along the Cornish coast that was at its height during the early 19th century. Readers of the previous two books will recall that smuggling – or “free trading” – was a large part of the first book, The Governess of Penwythe Hall and that Liam has good reason to not like that whole business. In a way, it’s a great book to finish the series with because of those connections.

This is a novel about family secrets and divided loyalties, and how the first can create the second. Ladd has created complex characters such as Evelyn’s grandfather, whose motivations for his behavior seem to transform over time. On the one hand, I thought him a pompous old man who still acted at times as though he was still a landowner and man of great importance. On the other hand, there was sympathy because his pride had taken quite the fall.

I found the descriptions of the countryside and the changing fortunes of the area fascinating. I’m not familiar with Cornwall, not having visited it while I lived in England, and I didn’t get into watching Poldark or reading the books upon which the series was based. But I know there were great economic and industrial changes across the country, and the mining industry in Cornwall was part of those changes. Whereas previous titles in the Cornwall Novels series looked at tin and copper mining, The Light at Wyndcliff looks at a type of mining I’d not heard of: China clay mining. Who says you can’t learn new things while reading fiction?

I read the three books in quick succession, but I think The Light at Wyndcliff can be read on its own. But I do think it helps to read each book in order, especially when there are overlapping characters. Little back story is given in this book about previous Twethewey family events although they are mentioned. There are five children, however, and these books have barely scratched the surface of their lives. If Sarah E Ladd decides to write more, I won’t be unhappy. 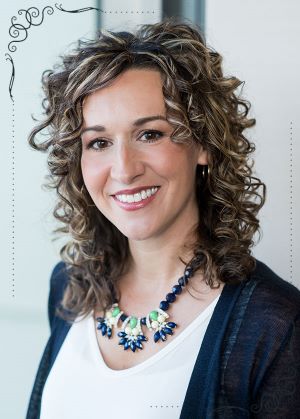 Sarah E. Ladd has always loved the Regency period — the clothes, the music, the literature and the art. A college trip to England and Scotland confirmed her interest in the time period and gave her idea of what life would’ve looked like in era. It wasn’t until 2010 that Ladd began writing seriously. Shortly after, Ladd released the first book in the Whispers on the Moors series. Book one of the series, The Heiress of Winterwood, was the recipient of the 2011 ACFW Genesis Award for historical romance. Ladd also has more than ten years of marketing experience. She holds degrees in public relations and marketing and lives in Indiana with her family and spunky Golden Retriever.

Wednesday, October 14
Review at McCombs on Main
Review at Gwendalyn’s Books
Review at Probably at the Library

Friday, October 16
Review at Bitch Bookshelf
Review & Excerpt at Bookworlder
Review at View from the Birdhouse

Sunday, October 18
Review at Jorie Loves a Story
Review at WTF Are You Reading?

Tuesday, October 20
Review at Books and Zebras
Review at Robin Loves Reading
Review at Into the Hall of Books

Monday, October 26
Review at The Caffeinated Bibliophile
Review at Chicks, Rogues, and Scandals

During the Blog Tour, we are giving away 5 copies of The Light at Wyndcliff! To enter, please use the Gleam form below.

The giveaway is open to US residents only and ends on October 30th. You must be 18 or older to enter.

The Light at Wyndcliff Giveaway 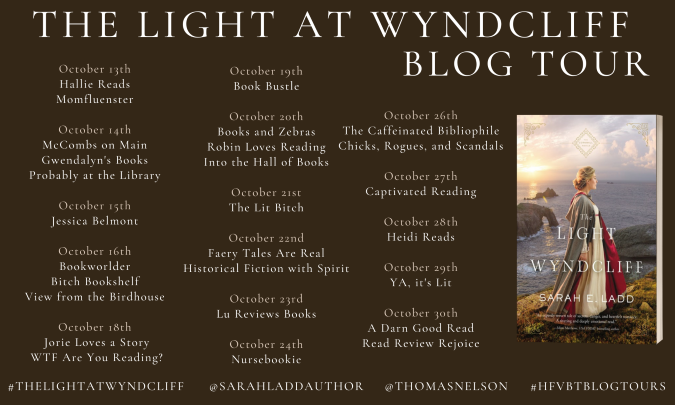