Review: A Life Once Dreamed, by Rachel Fordham

Six years ago, a shocking secret sent Agnes Pratt running in search of a new start. She found it in Penance, a rugged town of miners and lumberjacks in the Dakota Territory. In the shadow of the Black Hills, she became Miss Aggie, respected schoolteacher and confirmed old maid–despite being only twenty-four. But the past has a way of catching up with people.

When childhood friend and former sweetheart James Harris accepts a position as the town doctor, Aggie’s pleasantly predictable days suddenly become anything but. James wants to know why Agnes left behind the life they had dreamed of creating for themselves–but he is precisely the one person who can never know.

Can a healing light be shed on the past? Or will the secret Agnes can’t seem to outrun destroy her chance at happiness?

First, I don’t usually take note of book covers but I think the cover of A Life Once Dreamed is beautiful and looks near enough like a photograph. The section that grabs me the most is on the right: the composition of schoolhouse, mountain, and cloudy sky. It makes me want to wish I stood in Aggie’s place, though perhaps not in her shoes. Her secret – which I guessed early on – would not be considered shocking today, but could’ve been catastrophic in 1874 Buffalo, New York.

A Life Once Dreamed is Rachel Fordham’s third novel, but the first one of hers that I’d read. At first, I was concerned that maybe I needed to read Fordham’s first two books which were set in Azure Springs, Iowa, to pick up some vital backstory. That did not prove to be the case. Everything you need to know about Aggie and James’ story, you will learn throughout the book. But they aren’t the only two characters with sympathetic backstories. Sam, a logger and carpenter, was someone I felt worthy of his own book. I also connected with Aggie’s friend Hannah, even though I’ve not experienced the traumas of her life. Another aspect I liked was in the varied methods of the storytelling. While most of the narrative is in the form of prose, the plot also moves forward by way of James’ journal entries and letters between Aggie and her father.

I would be remiss if I didn’t throw out my own quirky perspective, and this time it has to do with Aggie’s last name of Pratt. You see, when I think of the word Pratt, a piece of British slang comes to mind. When you tell someone they’re a prat (with one t), you’re telling them they’re an idiot. Keep the second t and it means something worse. So, while it might be a perfectly respectable American last name, this British-raised mind will always think of it as something else. How thankful I am that Aggie is mostly called by her first name!

British-isms aside, A Life Once Dreamed is a most enjoyable book. It can be taken either as a straightforward historical romance novel about second chances, or you can go deeper and take its message of looking to the future rather than getting stuck in the past. At a time when our world is changing due to a global pandemic, I prefer the second option. We all need a bit of optimism in our lives, don’t you think? 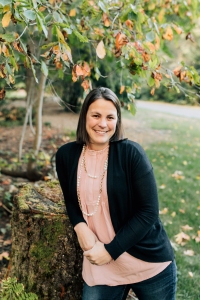 Rachel Fordham is the author of The Hope of Azure Springs and Yours Truly, Thomas. She started writing when her children began begging her for stories at night. She’d pull a book from the shelf, but they’d insist she make one up. Finally, she paired her love of good stories with her love of writing and hasn’t stopped since. She lives with her husband and children on an island in the state of Washington.