When his father and older brother suddenly pass away, the new Duke of Haverly is saddled with a title he never expected to bear. To thwart the plans of his scheming family, the duke impulsively marries a wallflower. After all, she’s meek and mild; it should be easy to sequester her in the country and get on with his life–as a secret agent for the Crown.

But his bride has other ideas. She’s determined to take her place not only as his duchess but as his wife. As a duchess, she can use her position to help the lowest of society–the women forced into prostitution because they have no skills or hope. Her endeavors are not met favorably in society, nor by her husband who wishes she’d remain in the background as he ordered.

Can the duke succeed in relegating her to the sidelines of his life? When his secrets are threatened with exposure, will his new wife be an asset or a liability?

Disclaimer: Although I received a copy of this book from the publisher as part of a blog tour, the words and opinions below are my own.

It’s 1814, and Lady Charlotte Tiptree is in danger of being “left on the shelf” after going three seasons without finding a husband. Her miserly father refuses to spend any more money on her and threatens to send her to be a companion to a cantankerous aunt. While that sounds like a fate worse than death, Charlotte has no desire to marry for less than love either. What is a girl to do? The answer comes via a proposal so surprising she thinks her suitor is playing a joke. Why would a man like Marcus, Duke of Haverly, want her?

Marcus Haverly was one of my favorite parts of The Lost Lieutenant, which was the first book in Erica Vetsch’s Serendipity and Secrets series. I’m delighted that he’s the star of this title. And, although he’s investigating an event from the previous book regarding the Prince Regent, I’m so thankful there’s no actual sighting of the future George IV. But there are other, equally unappealing characters, including Charlotte’s father and Marcus’ mother. Were all Regency mothers that ambitious and selfish? If so, may our heroines never become mothers! I always find these older women to be a negative in Regency fiction. The other plot point I didn’t really like was the “ugly duckling’ transformation of Charlotte, as she’s given an opportunity to wear nicer clothes than her father would tolerate.

One aspect I did appreciate was that Erica Vetsch included contemporary issues in her writing. The first is the debate over the Elgin Marbles, controversy over which continues to this day. Lord Elgin removed these sculptures from Athens at the start of the 19th century, and Marcus takes Charlotte to see them. The other big issue covered was the hypocrisy regarding prostitution and adultery. At the time The Gentleman Spy is set, a man was expected to marry to continue his family’s line and then take a mistress. It’s telling that Charlotte’s mother tells her daughter, “It may be wrong, but that’s just the way it is.” Wives, meanwhile, were expected to stay home and put up with her husband’s infidelities in silence. A common prostitute was treated with utter contempt, as a thing to be used, whereas a well-placed courtesan – or mistress – could expect to have access to fine dining and boxes at the opera. But how did each woman end up in the oldest of professions, and what was the difference between them? What happened when they were discarded by their lovers? Were they paid off or cast into poverty? Warning: there are descriptions of the brutalities these women endure. And please don’t think this is a 19th century issue: even today many women are forced into prostitution just to survive.

There are times when a second book is nothing more than a filler to move the narrative from the first part of a trilogy to the last. That is not the case here. I liked that the plot in The Gentleman Spy was a continuation of events in The Lost Lieutenant. This isn’t a book you can pick up without having read the previous title. So, if you’re a fan of Regency romance with a touch of intrigue, do yourself a favor and pick up this series. (Scroll down to enter to win copies of the first two books.) The third book, called The Indebted Earl, comes out in March 2021. 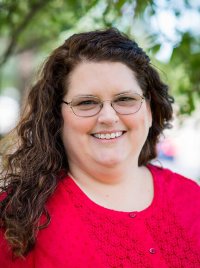 Erica Vetsch is a New York Times best-selling author and ACFW Carol Award winner, and has been a Romantic Times top pick for her previous books. She loves Jesus, history, romance, and watching sports. This transplanted Kansan now makes her home in Rochester, Minnesota.

I'm all about books, history, rail trails, craft beer and wine, and dogs! I'm a Partner with Trades of Hope: my paid job empowers women around the world out of poverty, helping them raise their families, and rebuild their lives after abuse and human trafficking.
View all posts by Sally M →
This entry was posted in Uncategorized and tagged book review, Christian fiction, historical fiction, I Read with Audra, Regency era. Bookmark the permalink.