Review: The Key to Everything, by Valerie Fraser Luesse

Peyton Cabot’s fifteenth year will be a painful and transformative one. His father, the heroic but reluctant head of a moneyed Savannah family, has come home from World War II a troubled vet, drowning his demons in bourbon and distancing himself from his son. A tragic accident shows Peyton the depths of his parents’ devotion to each other but interrupts his own budding romance with the girl of his dreams.

Struggling to cope with a young life upended, Peyton makes a daring decision: He will retrace a journey his father took at fifteen, riding his bicycle from St. Augustine, Florida, all the way to Key West. Part declaration of independence, part search for self, Peyton’s journey will bring him more than he ever could have imagined–namely, the key to his unknowable father, a longed-for reunion, and a calling that will shape the rest of his life.

Savannah in Georgia and St Augustine in Florida are two of my favorite location in the southeastern United States. I visited both in December of last year, so memories of both are fresh in my mind. This novel, set in 1947, took me straight back and I fell in love quickly.

“A late-afternoon Florida sun was hanging low in the sky, casting its glow on the Matanzas River. To his left he could see the historic district with its ancient Spanish architecture just a street crossing from the harbor. To his right were barrier islands that kept the Atlantic at bay.”

Luesse’s writing, as the above example shows, paints beautiful scenes with her words. Side characters are portrayed so richly that they surely deserve their own stories. I followed Peyton’s physical journey on a map and wished I could meet these people. Key West is now on my bucket list, although I’m certain it’ll have changed greatly. But, while she has given us readers some beautiful imagery, Luesse hasn’t shied away from reality. Peyton comes from a wealthy family, although he isn’t afraid of work when it comes his way. On his long trip, Peyton will encounter visible reminders of post-war poverty and evidence of orange grove owners profiting through cheap labor and child exploitation.

Peyton’s story is about a boy on the edge of manhood. The Key to Everything has been described as a coming of age tale, but Peyton seemed older than his years from the beginning. The idea of a 15-year-old going off by himself seems unthinkable, so it was amazing to read that Luesse used a real-life story as her inspiration. Brigadier General Ben Lane Patterson, Jr. cycled alone from Georgia to Key West when he was 15, and when I found his photograph in an obituary (he passed in 2016) that was the icing on the cake. But the story isn’t only about the end of Peyton’s childhood. It’s about the end of a way of life because nothing stays the way it was before tragedy interrupted his teenage years. The final pages describe those changes, and we’re left with the enduring thought that we really can’t go back to the innocent years even when we’d like to think that we can. 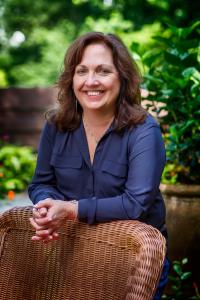 Valerie Fraser Luesse writes authentic Southern stories with heart and soul, set in singular places she has explored as a writer for Southern Living magazine, with compelling characters inspired by the people of the South. Her first venture into fiction, Missing Isaac, won the 2018 Christy Award for best new novel and was followed by Almost Home (2019) and The Key to Everything (2020). The Alabama native and her husband live in Birmingham. Valerie Fraser Luesse’s Website   https://www.valeriefraserluesse.com/

I'm all about books, history, rail trails, craft beer and wine, and dogs! I'm a Partner with Trades of Hope: my paid job empowers women around the world out of poverty, helping them raise their families, and rebuild their lives after abuse and human trafficking. We can change the world. We can be each other's neighbor.
View all posts by Sally M →
This entry was posted in Uncategorized and tagged American fiction, book review, books, Florida, historical fiction. Bookmark the permalink.