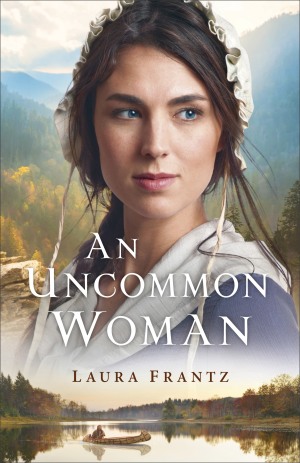 Unflinching and plainspoken, Tessa Swan is not your typical eighteenth-century woman. Born and bred on the western Virginia frontier along with her five brothers, she is a force to be reckoned with.

Quiet and courageous, Clay Tygart is not your typical eighteenth-century man. Raised by Lenape Indians, he returns a hero from the Seven Years’ War to the fort that bears his name, bringing with him Tessa’s long-lost friend, Keturah, who disappeared from the settlement years earlier.

Determined to avoid any romantic entanglements as fort commander, Clay remains aloof whenever he encounters the lovely Tessa. But when she is taken captive by the tribe Clay left, his hand–and heart—are forced, leading to one very private and one very public reckoning.

The 1770s were a decade of upheaval in North America. While cities such as Boston were ripe for rebellion against the Crown, inland settlers attempted to tame the lands ceded to the British as a result of the French and Indian War. Many Indian tribes, including the Lenape, had supported the French and – to put it mildly – didn’t appreciate the settlers taking over their traditional hunting grounds. This, then, is the setting of Laura Frantz’s newest colonial romance novel.

An Uncommon Woman grew on me as I read through its pages. It’s written with a turn of phrase that we don’t use in the 21st century and so it didn’t always flow as easily as I wanted. But the descriptions Frantz wrote took me into the wilderness of what is now West Virginia, and the historian in me wished I was in that location to see what our characters might’ve seen. I suppose it helped that I’d recently visited the remains of Fort Pitt, a location often mentioned in the narrative. I also knew that many white women preferred to stay with their Indian captives. It wasn’t Stockholm Syndrome, but more a case of having adapted to a different way of life. Through Keturah, readers get an idea of how a former Indian captive might’ve felt and thought about transitioning back to the white world. Frantz also includes two slaves – male and female – who aligned themselves to Clay after their previous owner died in battle. Presumably, they are officially escaped since the man is described as Clay’s partner and both are called his friends, but nothing is said of their status.

Thanks to the cover synopsis, I waited for the moment Tessa would be captured. Bit by bit, I was able to put the clues together to determine who would take her and why. And the only reason I can’t give this book a full five stars – more like four and a half – is when it occurred and how it was resolved. The ending came abruptly and was a bit of anti-climax. I was disappointed that the final paper pages in the book was an extract from a previous novel. I wanted more, so much more. If these characters had been real, their stories wouldn’t have ended with that final paragraph. So many pivotal events would occur in the coming decade – including Lord Dunmore’s War and the Revolution – that I wondered what part these characters might’ve played in them. Sadly, I’ll have to use my imagination. 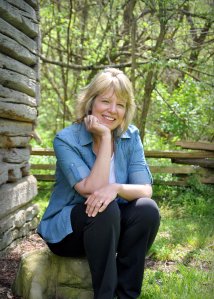 Laura Frantz is a Christy Award winner and the ECPA bestselling author of eleven novels, including The Frontiersman’s Daughter, Courting Morrow Little, The Colonel’s Lady, The Lacemaker, and A Bound Heart.